Replicable strategies for institutionalising evidence use: Stories from Africa 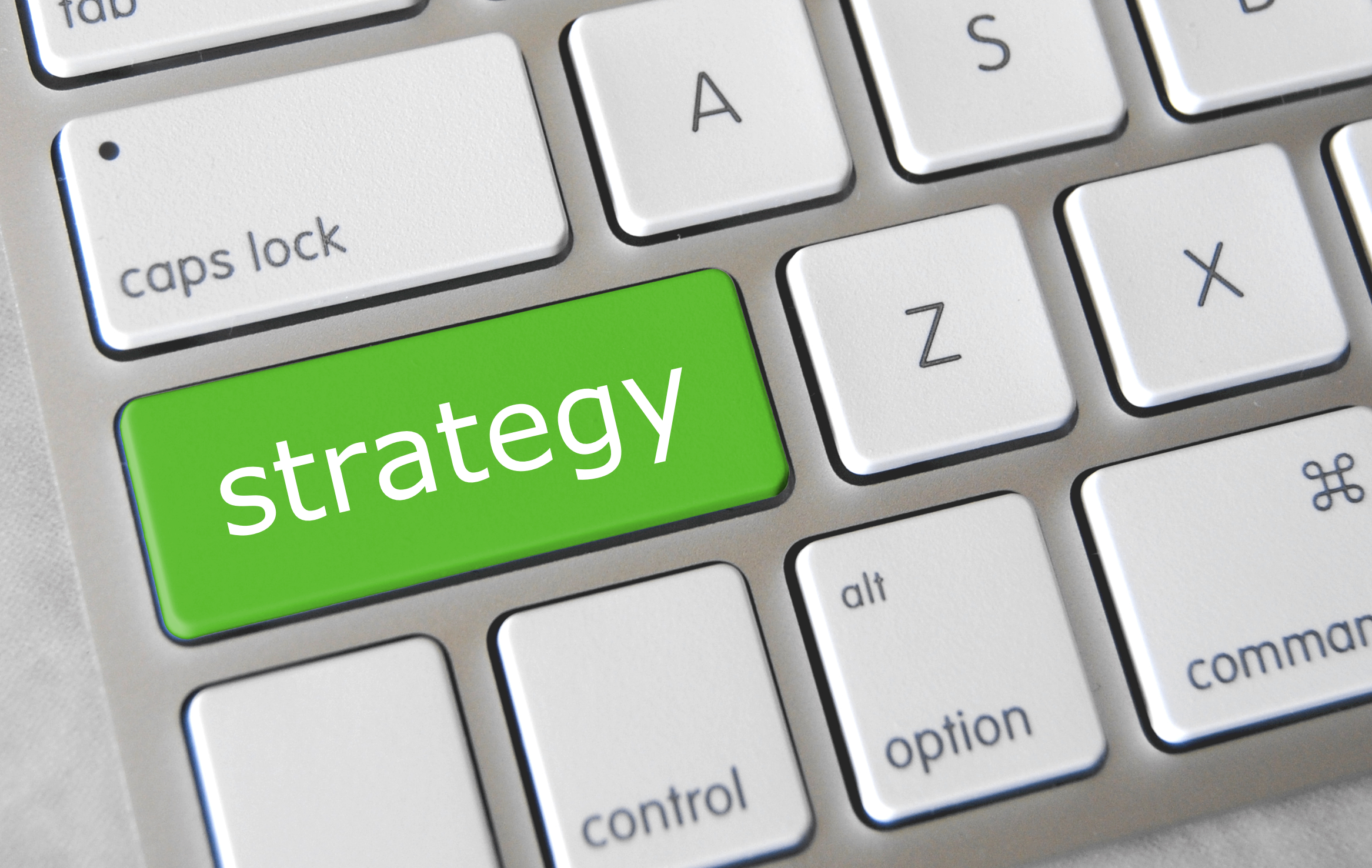 If you are interested in this topic, review the webinar presentation, or watch the recorded webinar.

The use of evidence to inform decision-making in policy and practice is gradually gaining recognition and acceptance among development actors in Africa. While promoting a culture of evidence-informed decision-making (EIDM) remains a laudable initiative to move this agenda forward, replicable strategies for its effective institutionalisation within and between organisations have not been sufficiently explored on the African continent. In this blog, we share narratives of two stories from differing contexts on institutionalising the use of evidence within their respective organisations from South Africa and Ghana. The stories were shared during one of a series of webinars organised by the Africa Evidence Network (AEN) in the lead up to EVIDENCE 2020 ONLINE , happening from the 23 to 25 September. The two panellists of this webinar were Ms Harshal Dayal and Ms Justina A. Onumah. The focus of their shared experiences was on the use of evidence in policy and practice, strategies used to achieve that, and challenges encountered in the process.

The use of evidence

Ms Harsha Dayal, Director of Research at the Department of Planning Monitoring and Evaluation within the Presidency of the Republic of South Africa shared her experiences on evidence-use across key policy areas, highlighting evidence generation to inform the transition from housing to human settlements policy review process in South Africa. As a research unit, her team had to source, manage, and translate evidence to support decision-makers during the policy review process.

Having a clear understanding of the roles she and her team played in meeting evidence needs, they developed and implemented synthesis methodology to drive the process. Decision-makers were engaged throughout the process on the various types of evidence and came to understand that scientific evidence was not enough to accomplish the task. An innovative and creative approach in collaborating with stakeholders was used in conjunction with applying a rigorous step by step research methodology.  It was necessary to make use of the opportunity that arose to assist policy-makers with evidence on demand. Building on established relationships and networks with institutions like the Africa Centre for Evidence facilitated the process and led to its success.

Mrs Justina Onumah, a senior research scientist at the Council for Scientific and Industrial Research (CSIR)’s Science and Technology Policy Research Institute of Ghana, noted during the webinar that institutionalising evidence-use in decision-making aligns with their mandate as a research institute. One of their roles was to popularise research findings conducted by the institute and the other twelve research institutes under the CSIR. One of her worries came from the fact that despite the pile of evidence generated by research institutes in general, when it comes to influencing policy, decision-makers go looking for something else.  This pushed her to ask these questions “Why do we seem to be looking for solutions when there are so many around us? Is it because the evidence we provide or the research output we provide are not credible or sufficient enough to influence the policy-making process? Is it because we haven’t engaged enough?” These questions led her to acknowledge that the ‘engagement’ aspect was not being given sufficient attention as it should be by the institute.

Her success story came from the project “Development Research Uptake in sub-Saharan Africa (DRUSSA)”, funded by the United Kingdom’s Department for International Development through the Association of Commonwealth Universities. The objective of this project was to build capacity and increase awareness of evidence-use for policy-makers. Other activities included: organising policy symposium/dialogues, embedding policy fellows within government ministries, and media engagement. Before this project, the institutionalisation of evidence-use in Mrs Onumah’s institute was hindered by the fact that research findings were limited to journal publications and little was done to influence policy.

Now researchers engage stakeholders to validate their results or write policy briefs. Long-term partnerships with core ministries like Environment, Science, Technology and Innovation, Trade and Industry, and Food and Agriculture have been helpful in enhancing the use of evidence. The project was successful as a suspended policy on fertiliser subsidy use was restored a year after a policy symposium was organised on it. Both researchers and policy-makers became more aware of the importance in using evidence to influence policy. Researchers constantly seek several pathways to engage policy-makers and other stakeholders on their research findings.

During the webianr, successful and replicable strategies were shared by the panelists. Ms Dayal highlighted

as key considerations towards the institutionalisation of evidence-use in an organisation. Applying a collaborative strategy to other key policy areas in different sectors made this strategy replicable, thereby institutionalising the use of evidence across public sector organisations. The major forces behind the successful use of evidence was in scoping the evidence landscape and taking advantage of the opportunity that emerged in the policy space, when a legitimate evidence need was responded to in a timely manner.

Making the receiver (decision-makers) own the process of institutionalising evidence-use for decisions and letting them take the lead increases confidence and stimulates collaboration. This will open a demand-driven approach where policy-makers can commission research from their organisation. The possibility of approaching a top-level decision-maker is also helpful and becomes more promising if s/hehas a prior interest in scientific evidence generation.

According to Ms Dayal, the main challenges of institutionalising evidence-use is when the many actors in the process do not share a collective understanding or when the rules of engaging with evidence are not clear. Constant changes in the structures and process is a reality of government which can lead to many frustrations, especially in the time spent on building capacity to use evidence, only to find individuals have moved on. Ms Onumah mentioned poor engagement, the lack of trust and negative perceptions of policy-makers about research - which boils down to the issue of credibility - as constraints that require reshaping strategies.

The narratives presented during the webinar demonstrated that a context-specific understanding of replicable strategies for institutionalisinge the use of evidence within and between organisations in Africa can be a powerful tool in supporting EIDM. Several factors enhance the use of evidence within organisations, and once these are identified, strengthened, and embedded within an organisation, they can be replicated by other institutions. Contextual differences must be taken into consideration, especially since these experiences were shared from public sector perspectives. The experience of a private or non-governmental organisation may differ. Documenting more stories from different countries and from non-public institutions would be helpful in increasing our understanding about how to institutionalise evidence-use at an organisational level.

Dr Constantine Asahngwa is the Director of the Cameroon Centre for Evidence-Based Healthcare, a Joanna Briggs Institute Centre of Excellence. He is an evidence synthesis specialist involved in the production of systematic reviews and training of reviewers for more than ten years. His areas of interest include: health policy, health systems, maternal and child health, reproductive health, infectious diseases, non-communicable diseases, disabilities and evidence utilization.

Mr Likhwa Ncube works in the field of evidence-informed decision-making (EIDM). He is the program officer for ‘advancing the art and science of doing EIDM in Africa’ workstream at the Africa Evidence Network (AEN), housed at the Africa Centre of Evidence (ACE).

The author/s is solely responsible for the content of this article, including all errors or omissions; acknowledgements do not imply endorsement of the content. The authors are grateful to Ms Harsha Dayal and Mrs Justina A. Onumah for their presentations during the webinar that has informed this blog and for their comments on a previous version of this article.

The views expressed in published blog posts, as well as any errors or omissions, are the sole responsibility of the author/s and do not represent the views of the Africa Evidence Network, its secretariat, advisory or reference groups, or its funders; nor does it imply endorsement by the aforementioned parties.