The Africa Evidence Week in 2019 was an opportunity for PACKS Africa (who has been a regular partner in this initiative since 2017), to highlight the improved status of evidence use within the legislature, as well as many other activities earmarked for the occasion

For over a decade, PACKS Africa has nurtured partnerships between the Parliament of Ghana and various partner organisations that have sought to support reform efforts within the legislature for enhanced evidence use. The Africa Evidence Week in 2019 was an opportunity for PACKS Africa (who has been a regular partner in this initiative since 2017), to highlight the improved status of evidence use within the legislature, as well as many other activities earmarked for the occasion.

PACKS Africa, in partnership with the Inter-Departmental Research and Information Group (IDRIG) of the Parliament of Ghana leveraged their successful partnership for enhanced evidence use to jointly host AEW celebrations at the premises of the legislature from 10th to 12th September 2019. The 3-days celebration was preceded by intensive planning that lasted for approximately 3 months

A three-days celebration during Africa Evidence Week 2019 hosted by the AEN
The steering committee of IDRIG considered recommendations from the group’s technical team, which were then forwarded to the Clerk to Parliament for final approval. The Group’s technical team has representation from technical officers from all departments of IDRIG – Research, Library, ICT, Hansard, Committees, and Public Affairs.

The opening ceremony for the event was held on Tuesday, September 10, and was graced by the Second Deputy Speaker of Parliament, who acknowledged the expanded benefits to the legislature from such collaborations by IDRIG. On her side, IDRIG Chairperson, Ms Gloria Insaidoo, pledged support and full participation by the group in all activities of the celebration, whiles entreating all participants to do same.

Other activities during the celebrations included:

• A stakeholders’ forum on evidence use in the sanitation sector of Accra where participants from various institutions (other public institutions, private, civil society and media organisations) developed deeper appreciation for their respective evidence-relates work.

• Presentations on government programmes for improved availability of evidence, which appear to have enhanced the motivation of the Members of Parliament (MPs) to use evidence. This was apparent from the increasing awareness of services provided by parliamentary service departments that engage in the production, intermediation, and use of evidence through their visiting of exhibition stands. MPs acknowledged the need to enable their evidence-related departments to work together. Although the organisational structure of Parliament has not reflected this restructuring, resources were made available for this direction of collaborative work by IDRIG. This was reflected in their co-funding of the AEW celebrations.

• The session on evidence use by Civil Society Organisations (CSOs) and the media encouraged participants gathered to co-design projects and interventions with potential users in order to build healthy relationships, and

PACKS Africa has played an integral role (in concert with other like-organisations) in driving change within IDRIG through its diagnostics, advocacy and organisational development reform initiatives, and is working towards formalising this relationship in the near future. There is greater opportunity therefore, to use evidence from those processes, or collaborate to enhance the availability of quality evidence. PACKS Africa hopes that more intermediate outcomes will be achieved when these potential changes reflect in enhanced use cases.

Already, other African legislatures are considering to adapt this collaborative path for evidence processes, an initiative of the Westminster Foundation for Democracy (WFD). The successes being recorded are likely to resonate in those settings if these reforms are highly contextualised. The rate of change within the Parliament of Ghana has however been slow, hence in retrospect, we could have approached this initiative concurrently with the political leadership and the administrative system, and not the latter only as was the case. 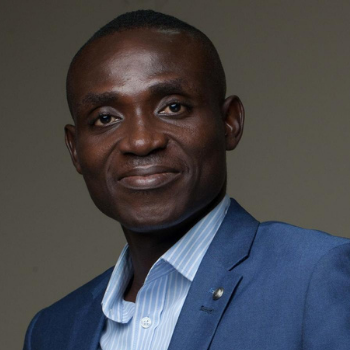 ~ Kirchuffs Atengble, executive director at PACKS AFRICA, Ghana
Back to story categories Back to Evidence Matters
Previous Next