INCREASED VISIBILITY THROUGH THE AEN & AELA

Participation in the AEN personally and through my organisation has increased my own visibility
in the sphere of evidence use in Africa, but also for my organisation. We have used the AEN platform to share knowledge and lessons about many aspects of our work.

Although Frejus Thoto has been a member of the Africa Evidence Network (AEN) for less than two years, he is not new to the evidence- informed decision-making (EIDM) space. He has been the Executive Director of Actions pour l’Environnement et le Développement Durable (ACED) in Benin since 2009 and is also the 2020 winner of the Africa Evidence Leadership Award (AELA).

For Frejus, there have been many valuable aspects to being a member of the AEN. These include access to up-to-date information on events, trends, and discussions in the EIDM space in Africa; access to capacity building opportunities such as webinars and training; networking through making new contacts and having opportunities to consolidate relationships; and finally visibility, as Frejus explains:

"Participation in the AEN personally and through my organisation has increased my own visibility in the sphere of evidence use in Africa, but also for my organisation. We have used the AEN platform to share knowledge and lessons about many aspects of our work. This was
done, for example, during the Africa Evidence Week in 2019, where we published two blogs and engaged with people. That platform was offered by the AEN, which has increased our visibility and authority in the topic."

It is therefore not surprising that an AEN story of change for Frejus has been around the theme of visibility. A specific example of how this has manifested in practice is the AEN’s support of the 2019 Evidence Policy Action Forum (EPA) in Benin. This event is currently the largest gathering of evidence producers, policy-makers, and practitioners around the issue of evidence use in policy and practice in that country.

Frejus describes how the AEN contributed:

"The AEN was very supportive during our EPA Forum. We organise this every year, and the AEN was a broker partner for 2019. It was very supportive in terms of communicating and raising awareness about the Forum and including it in the newsletter and tweeting about it, so it has critically increased the visibility of the Forum and the visibility of our organisation…The AEN was the channel through which we marketed the event among stakeholders in the EIDM sector. We did not have access to all those people. Also, in terms of authority, being supported by the AEN, I don’t have specific metrics, but more people will be more confident about the seriousness of the Forum. This we could not increase through our own marketing channels. This is a very specific and concrete benefit that we got from the AEN."

Although the full impact of winning the 2020 AELA might also show itself in the future, it will certainly contribute to visibility: 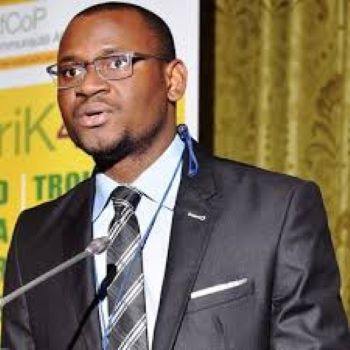 Back to story categories Back to Stories of Change
Previous Next